Ron and Sandra presented Ron’s children’s book Juba This, Juba That to the Grade 1 students of Harbour View Elementary School in Dartmouth, Nova Scotia on November 8, 2013. This was a First Book Canada event sponsored by Target Canada. Each lucky student received a free signed copy of the book.

After a hard day working in the garden, Ron relaxes with his pumpkin pal.

Ron and his pumpkin pal

Buster, Sandra and Patty greet customers at the Kentville Farmer’s Market who stopped by to purchase a copy of our Pumpkin People book. 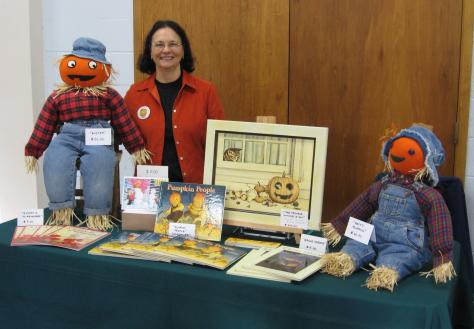 At the end of the day, Buster and Patty Pumpkin were purchased by Kentville Mayor Dave Corkum.  They now have a job meeting ‘n’ greeting visitors at the Town offices.

Buster and Patty Pumpkin relax before their appearance at the Kentville Farmer’s Market.

Another great day sharing Pumpkin People with many happy readers!

In the morning we attended the opening of the Kentville Harvest Festival.  The theme for 2013 is “Pumpkin People Create!  Inventions that Changed our Lives”.  http://kentville.ca/events/kentville-pumpkin-people-festival-2012/

Ron with Trog, the pumpkin caveman, and his wheel 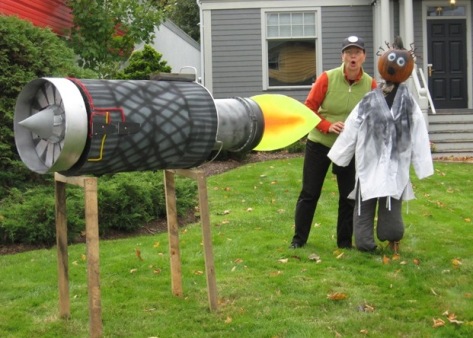 Sandra with a pumpkin rocket scientist

“Back to the drawing board?”

In the afternoon we were featured at Noggins Corner Farm Market in Greenwich. 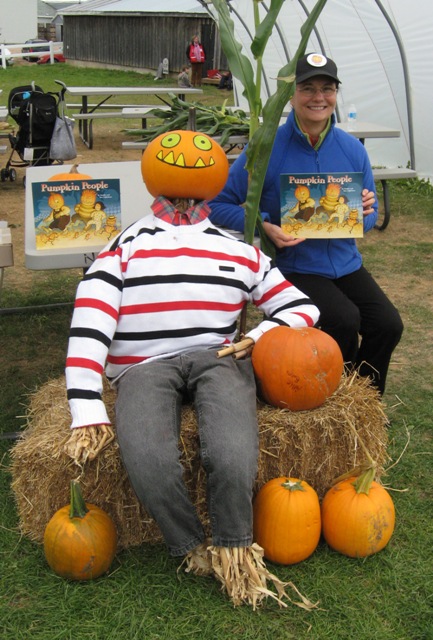 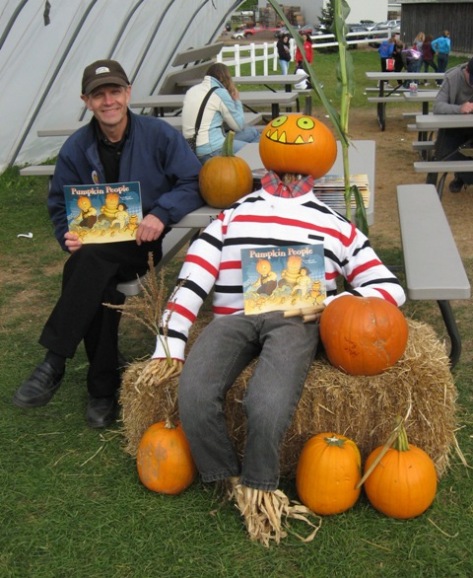 A number of parents who already own Pumpkin People told us that their kids ask to have it read to them throughout the year!  And those who purchased it for the first time (mostly from HRM and the south shore) were looking forward to reading it to their little ones at bedtime to cap off a fun filled day in the Annapolis Valley.

We’re looking forward to more pumpkin fun at Hennigar’s Farm Market on Saturday, October 12 from 1 to 4 pm.  The forecast is for a sunny Thanksgiving weekend so it should be busy!
Hey look!  Nimbus Publishing has featured us on their blog:  http://nimbuspub.tumblr.com/

We had a great morning at Kings County Academy (KCA) in Kentville for the sixth annual Pumpkin People reading and book giveaway with Mayor Dave Corkum.  Every year since 2008 the Town of Kentville has graciously donated a copy of Pumpkin People to every KCA Grade 3 student.  Thanks to KCA principal Mike Ouellette for hosting the event and to Kentville Administrative Assistant Karen Outerleys for setting it up.  And a special thanks to Spike the pumpkin person for giving big hugs to everyone!

The Grade 3 classes were a wonderful audience for Mayor Dave’s lively reading.  Below is a photo of some of the lucky students who received a signed copy of Pumpkin People.

We’ll be signing copies of Pumpkin People on October 5 at the Kentville Harvest Festival in Centre Square at the RD Chisholm table from 10 am to 12 noon, and at Noggins Corner Farm Market in Greenwich from 2 to 5 pm.  See you there! 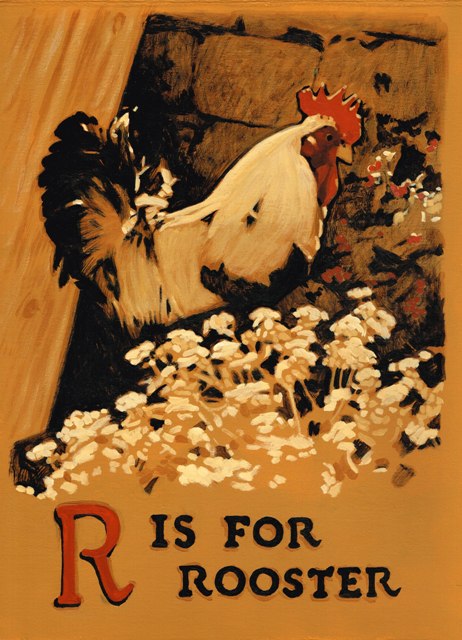 R Is For Rooster

Another version of Ron’s Rooster, drawn with Copic markers and Derwent pencils on Canson paper.  7″ x 8.75″.

Back from PEI and a great TD Canadian Children’s Book Week!  Here is Ron’s May 8 CBC Mainstreet interview recorded May 6 at the Confederation Public Library Book Week launch in Charlottetown: http://www.cbc.ca/mainstreetpei/

We met lots of book lovers.  Ron even had some face time with Sir John A. MacDonald: 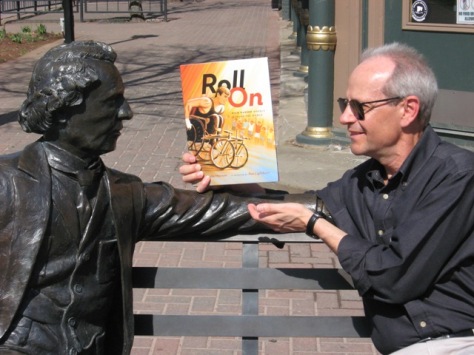 “Looking for a good book?” 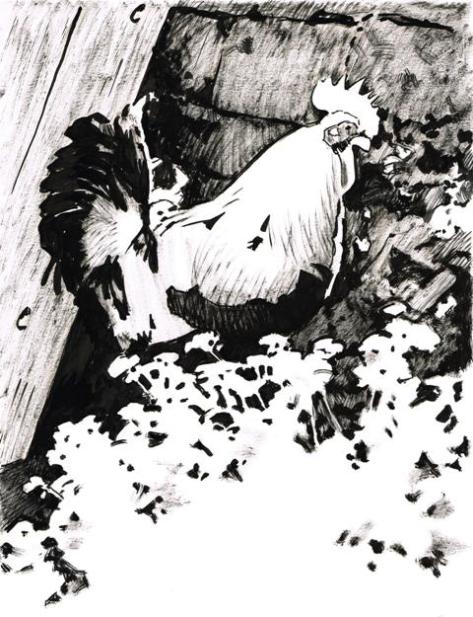 And another version, colour modified with Picasa. 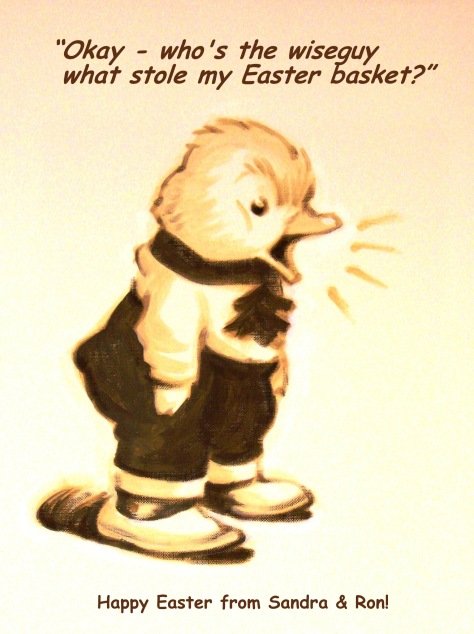 BLANCHE is the latest member of The Ladies Tea & Garden Club!

To read all about BLANCHE – A Sock Monkey Schoolmarm, wander over to Sandra Presents:  The Ladies Tea & Garden Club:  https://thelightburns.com/sandra-presents-the-ladies-tea-garden-club/